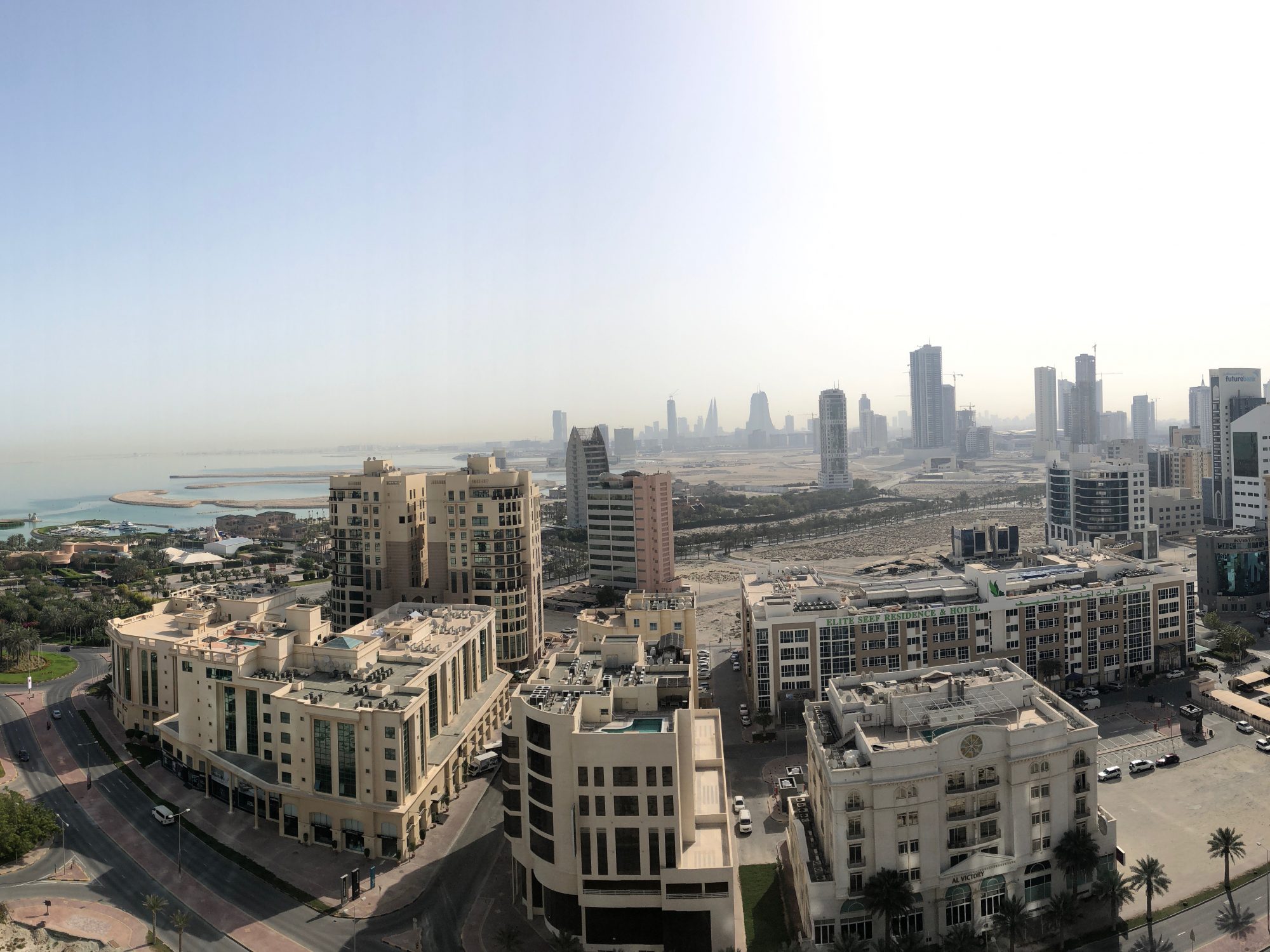 Bahrain is an archipelago, made up of over 30 small islands in the Arabian Gulf. Manama is its capital and…um…that’s about all I got.

I went to Bahrain for work and I’m not sure I can think of other reason why you would go.

With its lack of culture and architecture, there’s not much to see other than high rise buildings, dusty car parks and air-conditioned shopping malls. They prioritise style over substance, so whilst things looks great, they don’t always work; and I found that a lot (not all) of the people I interacted with, were quite aggressive in their manor.

You want my honest opinion about Bahrain? Don’t bother.

Anything you can find in America, you can basically find in Bahrain: Shake Shack, The Cheesecake Factory, Dean and Deluca etc.

Hazel Rooftop Lounge Despite there being no actual rooftop, newly opened Hazel Lounge offers an escape from the bustling city with a delicious menu, tasty cocktails and awesome live music & DJ

Lanterns Awesome Indian restaurant with a Wetherspoons vibe and outdoor seating. The curries were epic.

Haji Gahwa Good looking restaurant with no menu. You get what they’ve got on the grill

Alcohol is restricted to certain restaurants and hotels with a permit to sell.

Hazel Rooftop Lounge As above

Ventus Lounge A floating bar/restaurant at the Four Seasons hotel where parts of the dock float off into the water. Very odd.

Cut Bar and Lounge Another bar at the Four Seasons hotel. Very smokey inside but with killer tunes from the DJ at the weekend. Seating available outside, but no banging beats

Blue Moon Lounge The third establishment at Four Seasons, on the 51st floor so for spying on the city on high

Elite Tower in Seef Work put me up here. It was a really large serviced apartment with a pool and gym. Pretty basic.

I visited Bahrain in March 2018