Ahhhhh gay Parie. The city of amour. There’s something unique that lingers in the Parisian air…I think it’s called superiority. At least that’s what I felt on my most recent trip to Pairs.

They say that the worst thing about Paris is the people: they are rude, direct and if you don’t speak French, they want nothing to do with you. That is, of course, a sweeping generalisation, but how do generalisations come about?

On previous visits to Paris, I thoroughly enjoyed myself and the city; but on this recent trip I realised, as much as I want to, I don’t LOVE Paris. For all its delicious food spots, boutique bars and stunning architecture, I was disappointed. When I compare Paris to the likes of other European cities I’ve visited, it pales in comparison..and colour – Paris is the most beige city in Europe.

The only conclusion I can draw is that it’s the people that put me off. It doesn’t feel particularly international, like, say Berlin, and it doesn’t exude charm or give me a warm fuzzy feeling like Lisbon or Seville. Parisians are pompous (and now I’m generalising here), and I think it’s that sense of self-importance that has seeped into the city and is what’s turned me off.

Am I being too harsh? Peut être. Peut être pas.

Arrondissements: Paris is broken up into 20 different neighbourhoods or ‘arronissements’. Each one has a number and each it’s own vibe. Ones to note and walk around are: 1er – Louvre, which is considered the centre of Paris and a draw for all tourists as the Louvre, Les Halles and Palais Royal are all here. 2ème – Bourse, definitely worth isiting Place des Victoires which is a stunning square where the rich and richer shop; 4ème – Le Marais, one of the oldest parts of town, now rife with bars and bistro-type restaurants; 5ème – Latin Quarter, full of Bohemian-style cafés and bookshops; 6ème – Saint Germain, possibly my favourite part of town and one that I’d choose to live in if I ever moved to Paris. It’s fully of art galleries, restaurants and boutique, no to mention where the old time philosophers sipped on coffee and American jazz masters haunted late night dives. 7ème & 8ème – Eiffel Tower & Champs-Elysées; 9ème – Opéra, head north of Opéra and you’ll reach Pigalle which is home to the Moulin Rouge and the fading red light district; 18ème – Montmartre, the artsy residential hood that’s swarming with tourists. Definitely worth a visit for it’s small village feel and the Sacré Coeur.

Where to work out: Let’s Ride or Dynamo for your spin fix!

Hotel Costes A Parisian staple. Go grab lunch or dinner on the terrace. And buy their soundtrack. Both delicious.

L’avenue When I visited Paris seven years ago, this place was special. A sister to Hotel Costes it had a wicked menu felt French. Now though, it’s full of tourists and whilst the food is fine, it’s overpriced.

Brasserie Barbès Awesome French resto in an assuming part of down. Sit upstairs for a view of the busy street below and order everything. The menu is divine, especially the polenta!

Chez L’Ami Louis Another Parisian staple. Arguably to some, the best (and certainly most expensive) steak in Paris

Robert et Louise Hands down, the BEST steak in Paris and so affordable! They throw the steak on a live fire BBQ at the back of the tiny restaurant. Must go.

Le Derriere Super cool and very popular restaurant set in a house. Expect to dine whilst playing a round of ping-pong in the living room. Definitely go, definitely book

Daroco Awesome Italian joint. Order the truffle pasta or pizza, or both! 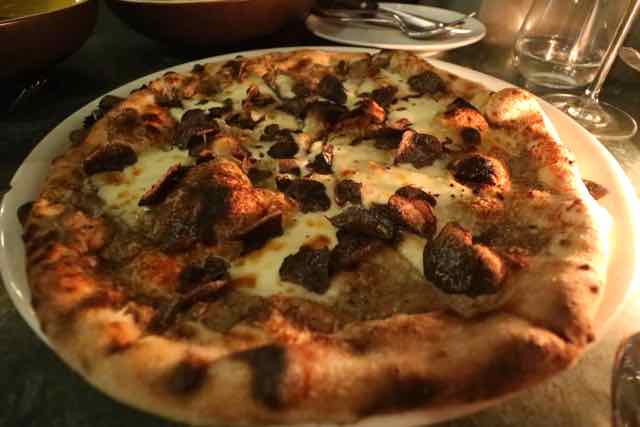 L’Ecume Saint-Honoré All the fish and oysters

Tomy & Co Creative cuisine by chef Tomy, is a must

Verjus French Michelin starred level food, for half the price

Le Petit Sommelier One of the best restaurants for wine list with the smartest sommelier in town.

Le Pointe du Grouin Cool concept of small plates from Brittany and where you buy the local currency, le Grouin, and pay with these coins. You can go to the cellar and choose your own bottles of wine

Le Voltaire Spenny but lovely restaurant on the water

Ellsworth Great for lunch, brunch, all the things

Le Train Blue Located in the Gare de Lyon train station. My Parisian friend told me it has the best desserts in Paris!

The Hoxton Hotel Stunning hotel with gorgeous bars. If you don’t stay there, definitely go for a drink in their cosy speakeasy 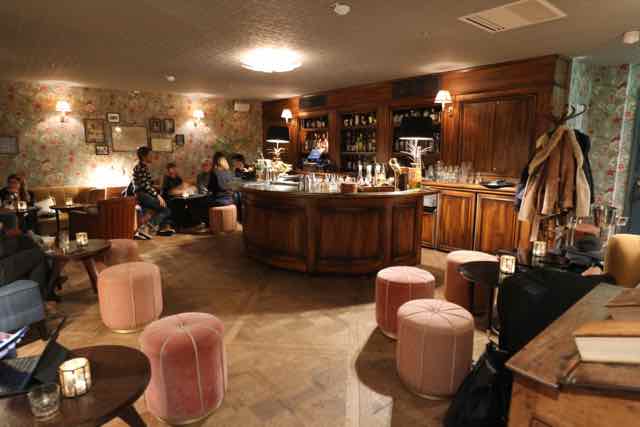 Cafe de Flore Technically a restaurant, also an institution.  The food is expensive. Best to stop by for a coffee or glass of wine and sit outside.

Manko Trendy Peruvian bar with a cabaret show on Thursdays

Moonshiner Cocktail bar and speakeasy in a pizzeria, Da Vito

Kiez Kanal Bar on the canal

The Crazy Horse (for legendary cabaret)

Hôtel Agora 3 stars in Saint Germain. Stayed here when I was on an interns salary. Great location but fairly basic

The Hoxton Hotel V cool, with a good bar

I visited Paris several times, but most recently in January 2018