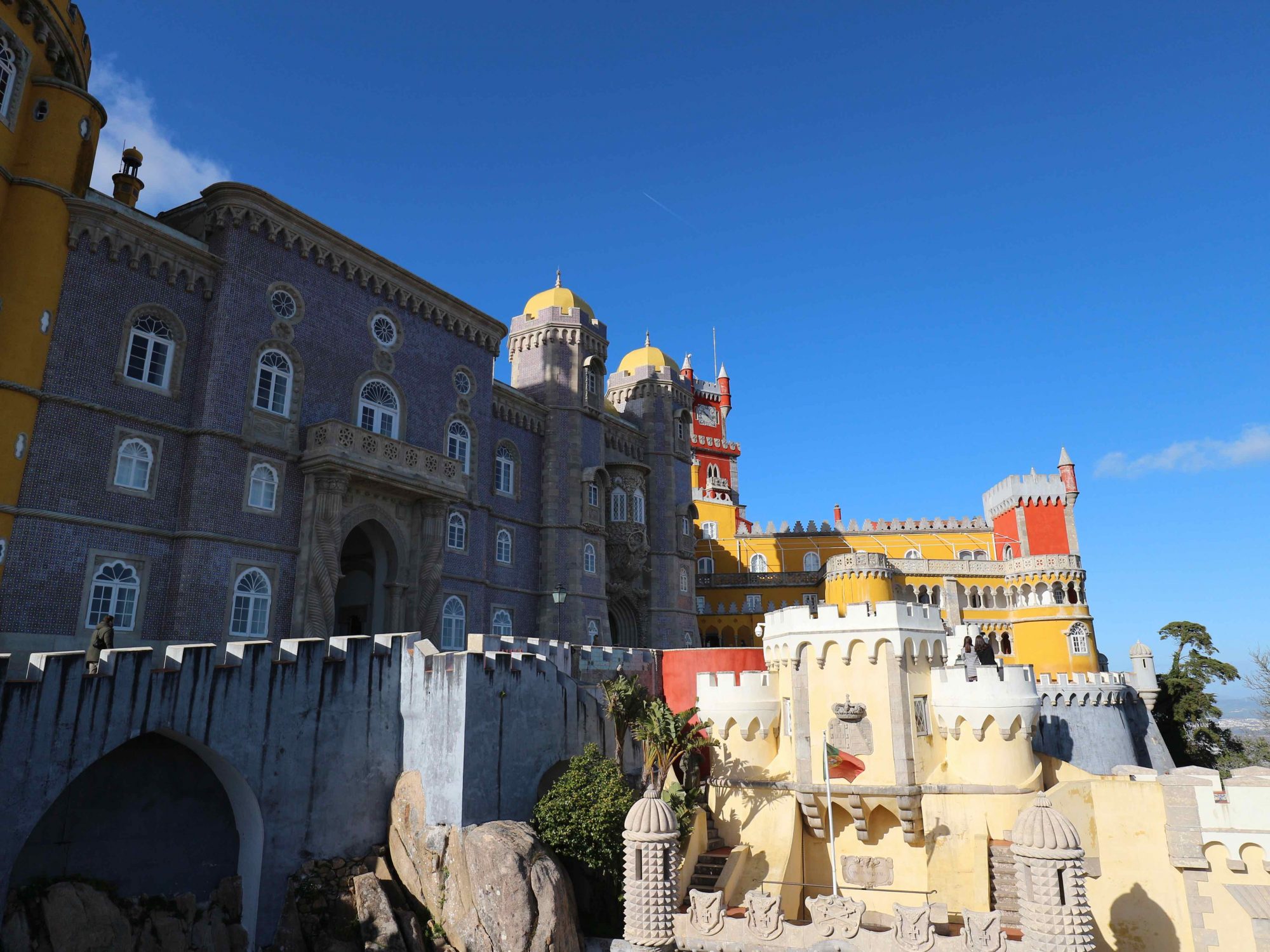 Sintra is breathtaking. Every time you look up you see a different style of architecture in their palaces and different colour in their homes. It’s a small town but there’s a lot to see, so if you’re planning a day trip from Lisbon (less than an house by train or car), make sure you set off early so that you can cram everything in. It’s also incredibly hilly, so make sure you’ve got comfy shoes on.

The best way to get around is by bus. When you get to Sintra, head straight to the tourist office. From there you can either buy a tour bus pass which will last you the entire day and you can hop on and off wherever and whenever you like; or, if you don’t want to pay tourist rates for the tour bus, you can always catch the regular city bus no. 434 from outside the office, which takes you right up to Pena Palace and the Moorish Castle.

Viewpoints: Cabo da Roca (the most Western point in Europe)

Midori This is the sushi restaurant in the Penha Longa hotel (see below). You might think sushi is an odd choice given we’re in Portugal, but it was a welcome change of taste after two weeks of Portuguese cuisine. Midori is a pretty well known sushi restaurant in Sintra and surrounding areas; it has a number of tasting menus and plenty of choice on the a la carte menu.

Tasca do Xico Tapas in a tucked away street

Penha Longa Hotel 5 star resort with everything from hotel rooms to golf courses! It’s a short drive away from Sintra’s town centre, but definitely worth staying there.

Sintra Boutique Hotel Does what is says on the tin

Tivoli Palacio de Seteais This hotel is a sight to see in itself. No joke, it’s on the tour bus route.