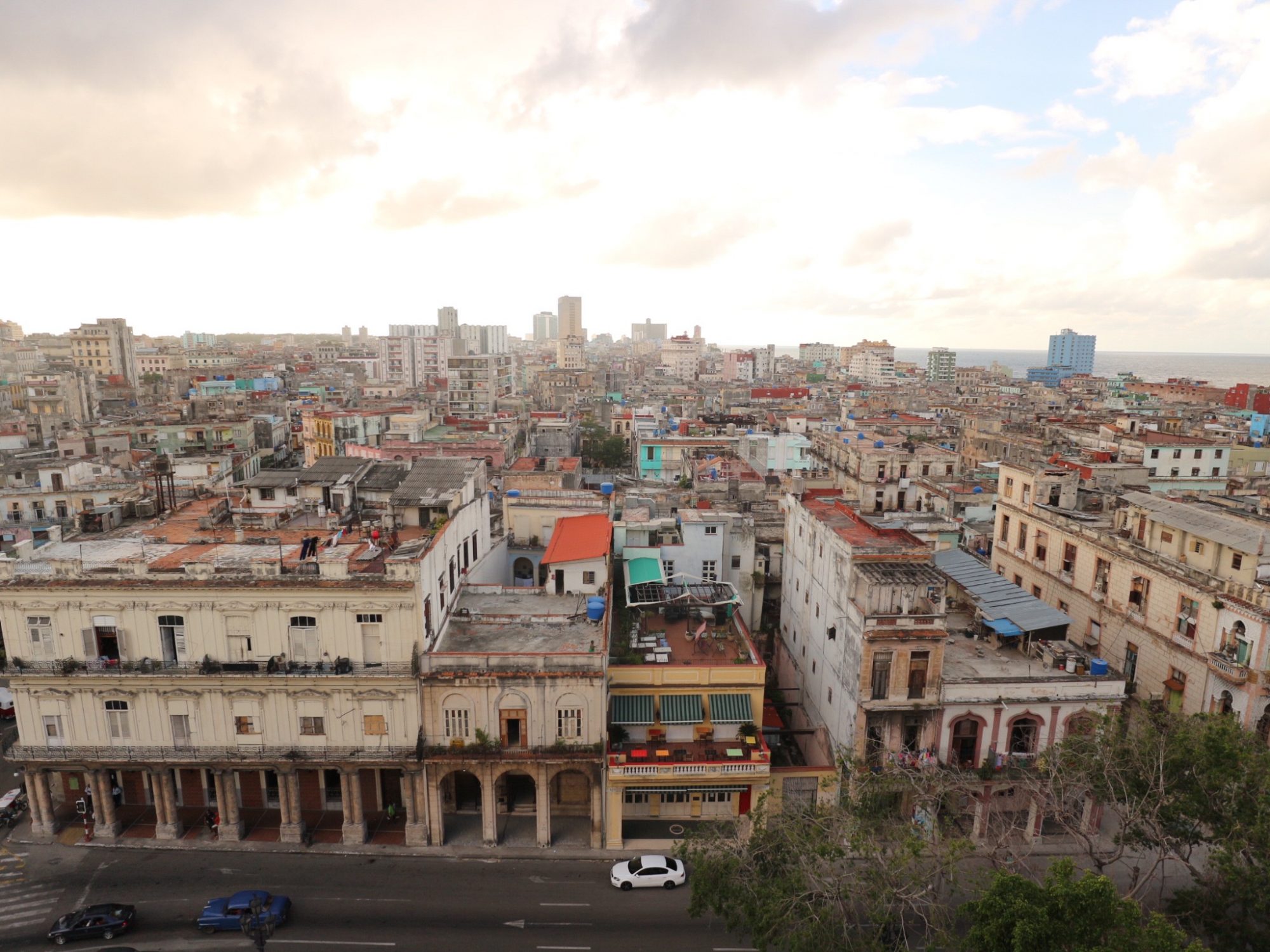 In hotel lobbies in Havana, hang black and white photos of the city centre from the 1950’s and, quite frankly, it looks exactly the same outside as it does in the photo. Except for the decaying building walls. Declared a UNESCO World Heritage Site in 1982, the old city and its stunning Spanish Colonial architecture is literally crumbling in front of your eyes, making it one of the most stunning, but also sad, cities I have ever been to.

Cash is King: it’s hard to get cash out at ATMs, sometimes it works, other times is doesn’t. Definitely exchange a wad before you arrive into the Cuban convertible pesos (CUC), pronounced cooks. Hotels also only exchange cash so take back up of your own currency too

Food is Bland (not bad): the Cuban government provides the staple ingredients in rations and it appears no one has access to spices (sometimes not even salt!). They boil a lot of root vegetables and tasteless tropical fruit. If you can, take some spices with you to add to your meals. They also don’t always have everything they list on the menu, so make sure you have a couple of options in mind before you order

Taxi Taxi: as a tourist (and trust me, you’ll stick out even if you think you don’t), you’ll get asked every two seconds whether you need a taxi. Seems they have way more taxis in the center of town than there are people to fill them. Each time you agree to a ride, make sure you agree the price before the driver starts the engine.

Tour de Havana: You’ll likely see an open top bus tour of the city which looks awesome. Well, it ain’t. It’s basically a tour of the hotels in Havana (picking and dropping people off). You don’t need it. If you’re in Havana for a more than two days, I would recommend doing a day trip (see more details of these below). But be careful of the ‘official tour trips’ as lot of what they offer is a bit of a waste of time. If you can face it, rent a car and drive yourself, or take public transport.

Digital Downtime: Paying for data is extortionate so prepare to lose touch with the outside world for a while. Wifi can be purchased from most hotel lobby’s for an hourly rate.

Places: An absolute must are the three main plazas in Havana’s old town: start at Plaza Vieja, where festivals and executions took place. Walk along Calle Mercaderes to Plaza de Armas, and end at Plaza de la Catedral, a showcase of Spanish colonial architecture. Not considered one of the  plazas to visit, but also pass by Plaza de San Fransisco. Walk along Calle Obispo which has a ton of places to eat, especially small whole-in-the-wall pizza stalls; Check out Castillo San Salvador de la Punta the fortress in the bay of Havana; Stroll down San Ignacio and Amargura Street; El Capitolio The National Capitol Building in Havana was once the seat of government in Cuba until after the Cuban Revolution in 1959, and is now home to the Cuban Academy of Sciences, which give the United States Capitol a run for it’s money. Check out the beautiful forest in the middle of Havana city (yep, you read that right, forest!), Parque Almendares, which has the Almendares river running through it which you can take canal boats on; Cemetery Colon is a stunning and absolutely massive cemetery in town, definitely worth a stroll through. The Malecón This is a really braod road and seawall that hugs the coast of Havana, stretching over 8km. All the locals hang around there at night from gangs of friends to loved-up couples to fisherman.

Day Trips: Viñales: a town in western Cuba that heralds some of the best tobacco in the world. Its main street is lined with colorful colonial-era wooden houses and in a valley of tall, steep-sided limestone hills. Trinidad: a town in the centre of Cuba known for its colonial old town and cobblestone streets. Varadero: a popular resort with stunning beaches.

O’Reilly’s 304 A cool spot with a mixed menu. Chatty bar guys, shots at any hour and flowers on your way out. Their homemade salsa is absolutely delicious (and probably the most flavoursome thing I ate during my trip)

Bodeguita del Medio Ernest Hemingway’s old haunt and where the first mojito was ever made. The walls are filled with photographs of the famous faces who’ve stopped by

Al Carbon One of the fancier restaurants in Havana. They actually had lettuce in their salad and Himalayan rock salt. Winning!

La Guarida Set in an old townhouse, this is the perfect place to enjoy your last meal in Havana. It’s a stunning setting with a flavourful menu. A must go. 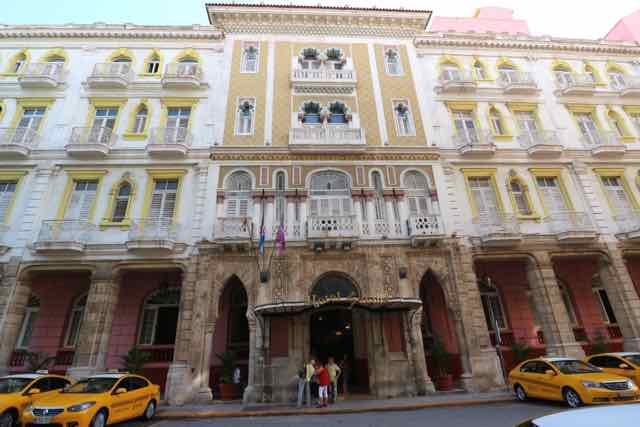 Hotel Nationale de Cuba Havana’s most famous hotel, having hosted Churchill and Sinatra
Hotel Ambos Mundos Ernest Hemingway wrote some of his best work in room 511
Iberostar Hotel Where the Kardashians stayed
The Plaza Nothing to do with the one in New York
Palacio O’Farril Stunning hotel in the heart of the old town
Santa Isabel Bay-side hotel on the gorgeous Plaza de Armas
If you didn’t want to stay in a hotel, ‘Casas’ are where it’s at. They’re pretty basic and if they’ve double booked, they’ll find you a place at their neighbours! I was recommended Old Town Casa Bolsa de la Habana
I visited Havana in November 2017