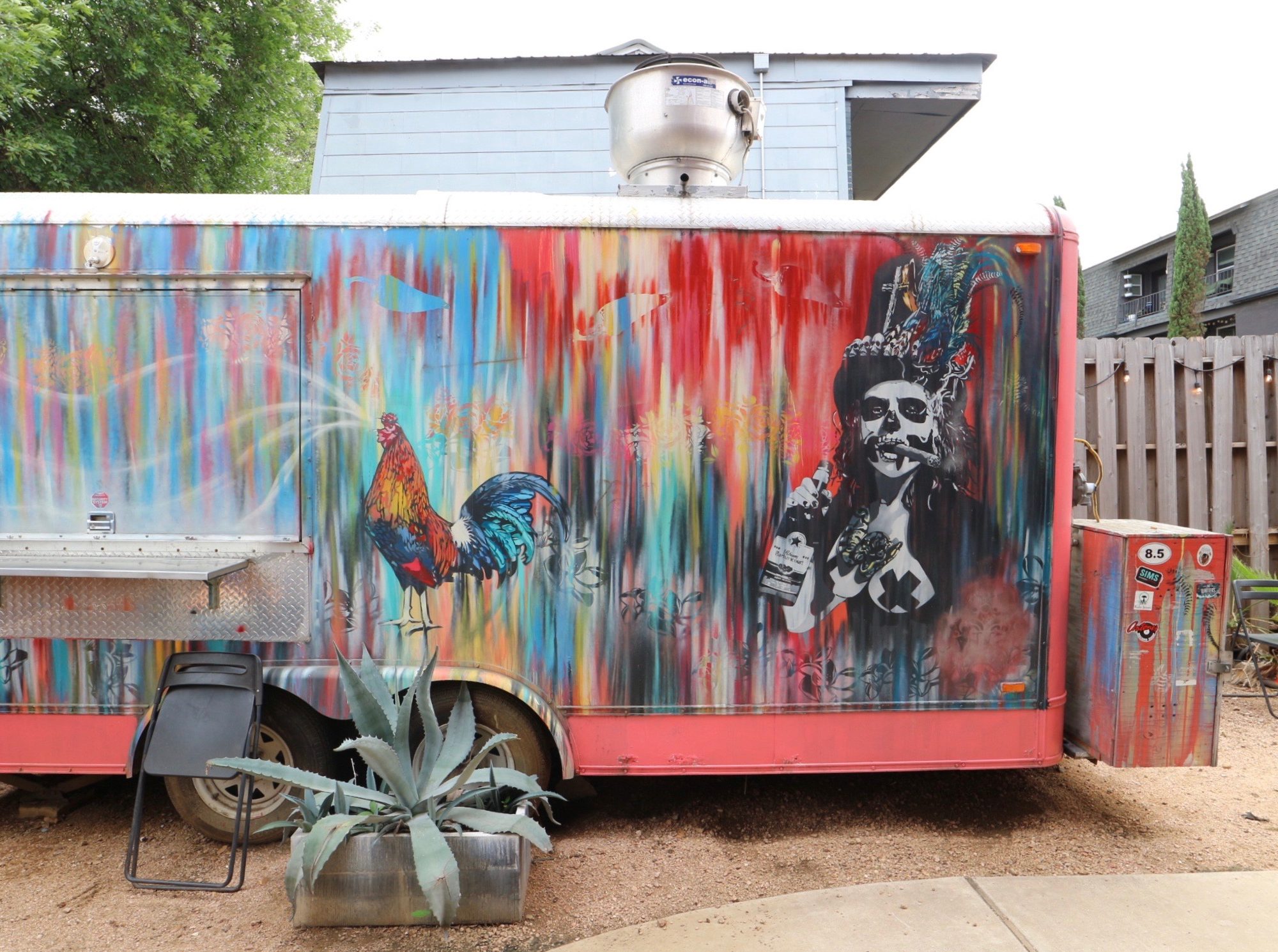 As I was being twirled around a dive bar by a perfect stranger during our free two-step lesson, I heard Austin being described as ‘a blueberry is a tomato soup.’ At first I didn’t really get the reference, but of course he was talking about the political situation. Full of smart, young kids, who have migrated for work or study, Austin is a hub of creative, musically-talented, twenty-somethings who want to have a good time.

The land of the food truck, Austin brings all my favourite things under one roof, quite literally. Most, if not all, bars serve killer cocktails, have awesome bands playing and where there’s music, there’s always people dancing. My favourite thing about it though, is that most bars have a food truck attached to it, whether it’s outside, next door, or in the garden out back, with incredible menus.

It wasn’t only the food that I loved about this city. I was also blown away by the friendliness and generosity of the people I met. The couple I rented a room from on Airbnb from took me out, introduced me to their friends and showed me around town. Another couple who I met through a mutual friend drove me around to all the best places in town, took me for lunch and introduced me to my first ever game of chicken shit bingo (more details below!) But there was one guy in particular who I met for only a minute, who’s name I didn’t even catch, but who has forever changed my view on what it means to be kind….

One morning in Austin, I was walking to get my coffee and I saw this guy running past me with a t-shirt that said ‘Powered by Pied Piper’ on it and the Pied Piper logo. (For those of you who don’t watch the HBO series Silicon Valley, Pied Piper is the name of a tech startup company in the show). When I saw the t-shirt my mouth dropped, because I have a (somewhat) healthy obsession with the show and loved that he has a shirt with their logo on it. I got so excited I even left a voice note about it to my boyfriend in London: ‘I just saw a guy with a Pied Piper t-shirt on, how COOL is THAT?!’ About 30 minutes later, I was walking back home after picking up my coffee and I saw the same guy again, but this time he was walking, so I stopped him and said, I absolutely love your t-shirt, I’m a huge fan of the show, where did you get it from?

He told me he was a cab driver and had done promotion for HBO so he has a whole box of them at home. He then said that I could have the one he’s wearing, and before I could say anything, he took the t-shirt off and handed it to me. I watched him walk away down the street topless. I was so giddy with excitement but also shocked by what had just happened, as never in my life had I ever experienced anything like it. And it is something that I will never, ever forget.
So to the man who literally gave me the shirt off his back, I will forever look at my Pied Piper t-shirt and remember what it means to be kind. And to everyone else that I met along the way, thank you for making Austin an unforgettable experience for me. You are all part of the reason why I fell in love with this incredible city.
Austin, you stole my heart. And got me a free T. 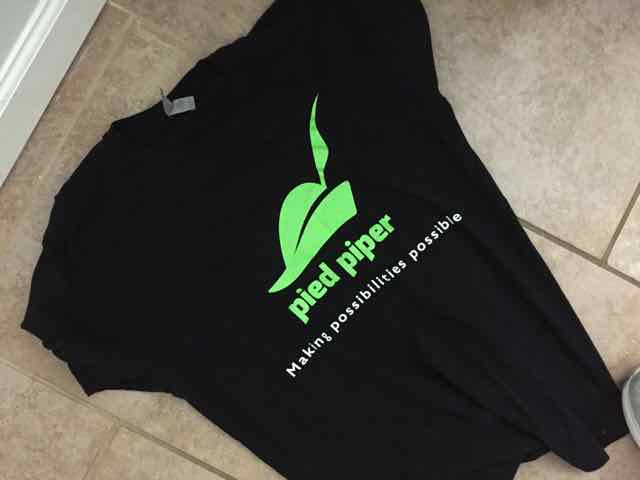 Museums: Bullock Texas State History Museum is the best way to understand the story and history of Texas; The Contemporary Austin; Mexic-Arte Museum a fine arts museum, who’s mission is to promote traditional and contemporary Mexican and Latino art and culture; also check out the Texas State Capitol – they run free tours every 15-20 minutes and it’s a really interesting way to find out about how Texas is run.

Places: Make sure you walk down South Congress (or SoCo as the kids call it). It’s probably the coolest street in Austin, with incredible restaurants and awesome boutique stores and vintage shops. My favourite stores are: Gypsy Wagon, Leighelena, Mi Casa and Uncommon Objects. Make sure you hit Rainey Street, which is a small strip full or restaurants, bars and clubs, many of which are in the bungalow-style buildings and incredibly popular at the weekends. Go for a walk or run around Lady Bird Lake – it’s really beautiful and has running and hiking trails around it. If you need to cool off and you’ve brought your swimsuit, head to Barton Springs, an outdoor pool filled with water from nearby natural springs, or Bull Creek, which is slightly more private. Go see the bats on Congress Bridge at dusk. Make sure you visit East Austin – like all ‘easts’ it’s where the cool kids are. Just walk down East 6th street and you’ll hit fantastic food spots and breweries. Be weary of West 6th Street as that’s where a lot of the student’s go and apparently it’s messy and mayhem (and not the good kind…think puking teens!) If you’re in Austin on a Friday and you’re feeling brave, make sure you head to The White Horse for a free two-step lesson at 7pm. Make sure you go to C Boys on Sunday and play a round of chicken shit bingo (where literally a bird shits in a cage and if you’re the lucky shit to have your number shat on, then you wine a whole bunch of cash)

Top tip: download the Ride Austin app before you go. When Uber took their business out of Austin, Austin created Ride Austin, a brilliant non-for-profit, that rounds up your fare to the nearest dollar, and donates it to a local charity of your choice (based on the charities they have listed on the app). So far they have raised over $200,000. Pretty neat.

I’ve no doubt left off a number of killer places to eat, because there are just SO MANY. My favourite thing about Austin (a.k.a. the land of the food truck) is that the trucks are usually separate but part of a bar, or other drinking establishment. So you head to the bar, get pissed on beer and bourbon and when the munchies kick in, you have some of the best food right in front of you. AND you get to keep drinking. What could be better?

Whisler’s Super hot Thai and great cocktails. Make sure you go to the mescal bar in the establishment upstairs 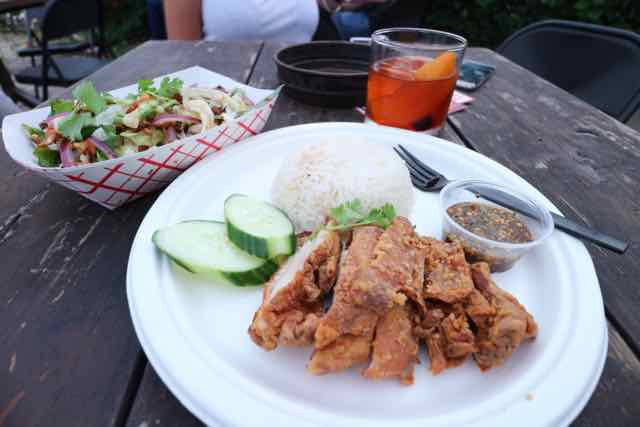 East Side King Japanese street food with a touch of Austin soul. Order the brussel sprouts

La Barbecue There’s always a queue here but it’s worth the wait, because it’s arguably the best BBQ in Austin at the moment. Their brisket was out of this world

Forthright Cafe Popular for brunch on weekends. Mostly eggs, which I can’t eat

Guero’s Taco Bar Head over there on a Sunday, order tacos and get free chips and dip, sit outside and listen to the awesome live band 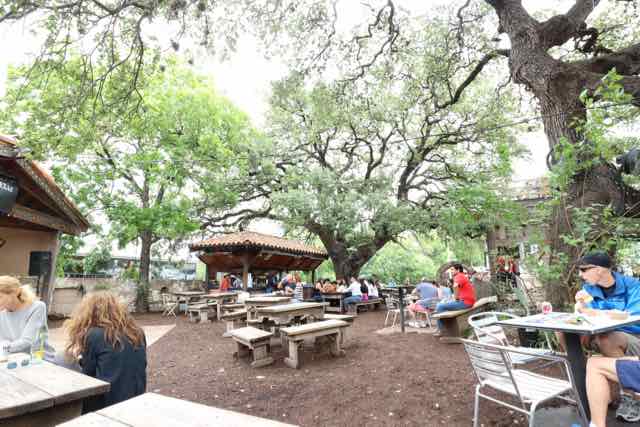 Perla Awesome outside space with bubbles and seafood

Franklin Barbecue Arguably the most well know BBQ joint in Austin. You have to be prepared to get in line from 7am though, and it doesn’t open until 11am. No joke, I met someone who arrived at Franklin’s at 7:45am and was eating by 12:45pm. Ridiculous.

Bangers For sausages and live music

Torchy’s Tacos Go twice: once for breakfast and once for late night nosh

Dai Due Butcher shop and restaurant all about the meat

Cuvee Coffee Cold brew coffee in a can

The Blackheart Killer cocktails and live music. Their “nu old fashioned” with cherry and tabasco blew my mind. I never have an old fashioned now without a hit of tabasco! 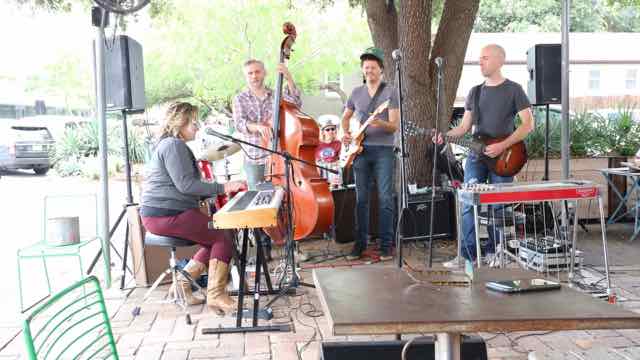 Antone’s Home of the blues

East Austin, like most “Easts” of cities, is where the cool kids live. And with the cool kids, comes some of the best places to eat, so I’d highly recommend getting an Airbnb in East Austin.

Native Hostel If you don’t stay there, head to the bar for a late night drink